Students in the ‘Online Audience Development’ Course Will Monitor, Flag and Report on Problems that Emerge on Social Media

New York (Sept. 8, 2016) — The Missouri School of Journalism will join what is expected to be one of the biggest newsrooms in America for the 2016 election.

The School is one of 13 journalism programs in the nation selected to participate in First Draft, a coalition of social newsgathering and verification specialists to monitor, flag and report on problems that emerge on social media. 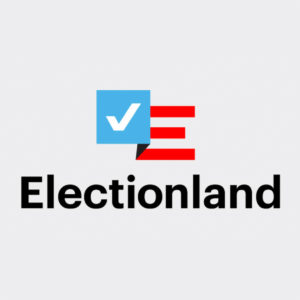 First Draft is part of ProPublica’s Electionland, a project involving 100 newsrooms across the country to cover voting access, excessive wait times, suspicion of fraudulent votes being cast and other problems in real time.

KBIA-FM, mid-Missouri’s NPR-member station and one of the School’s six professional news outlets, is part of this coalition.

“One of the most exciting aspects of this project is how our students will have the opportunity to partner with professionals at ProPublica, the Gannett newspapers and public radio stations from across the country, while collaborating with students from other journalism schools,” said Associate Professor Amy Simons.

Simons, a member of the Convergence Journalism faculty, will participate in a bootcamp in Philadelphia to prepare for Electionland.

Missouri Journalism students enrolled in the Online Audience Development course will seek out social media posts identifying election incidents and verify them, all while the polls are open.

Electionland organizers note that year’s presidential election will be the first since 1965 without the full protections of the Voting Rights Act, following the Supreme Court’s 2013 decision to strike down key parts of the federal law. Since then, as many as 15 states have passed new election laws that have never been tested in a presidential election. Journalists have an important role to shine a light on barriers to the ballot, as well as fraudulent voting.

Using innovative technology, Electionland will filter and verify this data, and deliver vital information to newsrooms across the country in real time.

“I’ve covered elections my entire career, but this will be the first time I focus my attention on the American people and their experience at the polls,” Simons said. “To be able to share that with my students as they cover their first national election is special.”