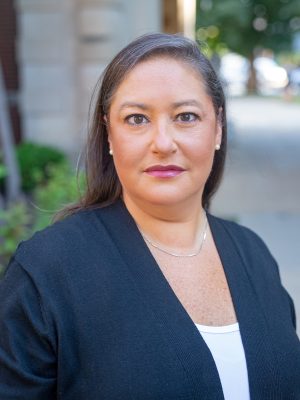 B.J. Missouri School of Journalism
M.S. in Learning Technologies and Design, College of Education at the University of Missouri

Since joining the faculty in August 2010, Simons has developed an interest in international journalism, training professionals on campus and abroad. She has traveled across China and the European Union, teaching Web-first workflows, mobile journalism techniques and how to use social media as a reporting tool and a means to disseminate journalistic content.

Simons hosts and produces Views of the News, a weekly media criticism program that airs on KBIA-FM and KBIA.org. She also serves as the adviser to Mizzou Women in Media, supporting members as they launch their careers in advertising and public relations. From 2011 to 2016, she was the adviser to ONA Mizzou, the local club of the Online News Association, and served as a mentor in the School’s student competitions.

Previously Simons worked as digital news editor for the Chicago Tribune, where she helped develop and execute the editorial programming strategy for chicagotribune.com. While at the Tribune, Simons worked closely with the newsrooms of WGN-TV, CLTV News and WGN-AM to coordinate the coverage of daily and planned news events. Before joining the Chicago Tribune, she spent seven years at CLTV News, Tribune’s 24-hour news channel covering Chicago and the suburbs. Simons worked her way up through the ranks, joining the newsroom as the assignment desk assistant and leaving as an executive producer. At CLTV, she produced the award-winning business magazine show, Your Money, and was responsible for all of the station’s election coverage.

Simons is known across the country for her expertise in teaching online courses. She has won several local, national and international awards for her innovative interactive approaches, including the Mizzou Online Excellence in Teaching Award, the MU Connect Champion Award, and regional and national awards for Excellence in Education from the University Professional and Continuing Education Association (UPCEA) and the Association for Education in Journalism and Mass Communication (AEJMC).

Simons holds a master’s of science degree from the University of Missouri’s College of Education and a bachelor’s of journalism from the Missouri School of Journalism.