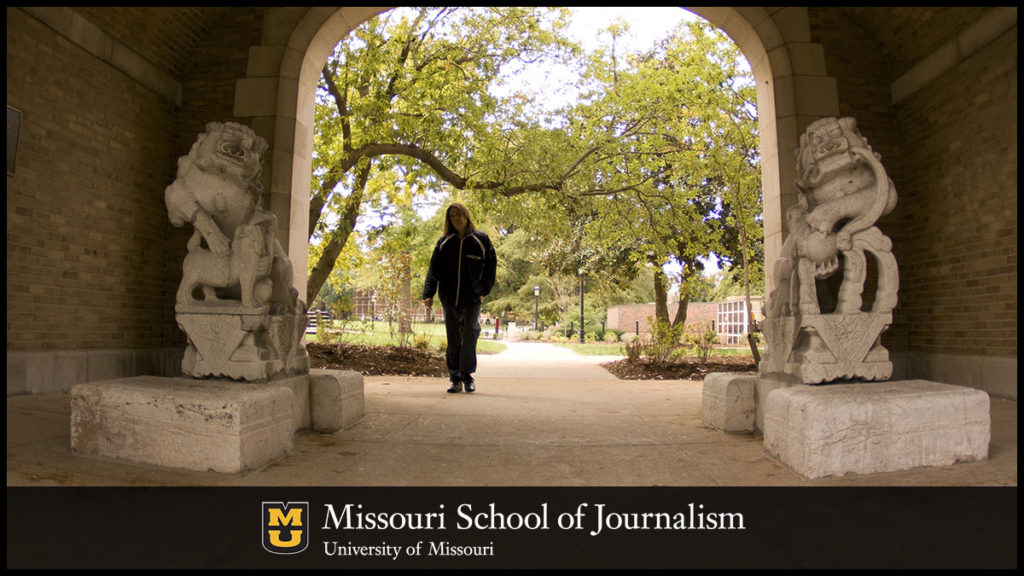 Republished by permission of RTDNA

Columbia, Mo. (Dec. 4, 2019) — This semester’s incoming journalism students at the University of Missouri are enrolled in nearly 50 sections of new classes under a major curriculum overhaul that recognizes the prevalence of technical skills among incoming students and promises the opportunity to practice higher levels of their craft during their time on campus. First-year students are immediately enrolled in the School of Journalism and expected to sign up for the new courses – part of a larger strategic plan and something some alumni have also advocated. Missouri School of Journalism alumni – their private Facebook groups carry the unofficial moniker Mizzou Mafia – became well steeped in everything from digital first strategies to MMJ newsgathering under the existing plan. Still many alumni joined advocates for a more flexible curriculum and a greater emphasis on omni-platform publishing.

The School – often referred to as The World’s Journalism School – proudly celebrates Dean Walter Williams launching the first professional journalism school 111 years ago. Without interruption, The Missouri Method remains the guiding light of the curriculum. The Method emphasizes a heavy dose of real-world experience using the school’s daily community newspaper, commercial affiliate television station, NPR member radio station and two professional strategic communication agencies, along with a local entertainment tabloid, a statewide digital business newsletter and a documentary film company. When 5,000 firsttime students arrived on the Mizzou campus in August, those focused on journalism found a new curriculum taking The Missouri Method far beyond the 1908 vision.

Changing any university curriculum can be compared to performing airplane repairs in midflight. If you are a squeamish flyer, perhaps think about changing engine oil on the Autobahn. The practical reality is that a change takes at least four years so students already enrolled can complete their degrees under the requirements to which they committed.

Curriculum is governed by faculty, meaning a collaborative process that can be easily derailed by the number of people involved. While courses are regularly updated by professors and departments, the last significant curriculum change at Mizzou was 14 years ago – adding a single “emphasis area” to the existing plan. Curriculum Committee Chair and former RTDNA Chair Stacey Woelfel says the inspiration and his committee’s process came from a strategic planning process introduced when Dean David Kurpius arrived in July 2015. “Everyone saw the importance of addressing the social and technological changes,” said Woelfel who adds that the committee was “committed to the entire process being fully transparent to all the stakeholders.” Kurpius says the curriculum is consistent with another part of the strategic plan – timely engagement with contemporary journalism. “Our Reynolds Journalism Institute encourages projects like better reporting on gun violence and this year’s series The Road to OTT,” says Kurpius. “We saw OTT becoming a turning point in the evolution of video streaming and used our industry relationships to engage in this critical conversation,” adds Kurpius.

The most immediate changes eliminated the School’s application process that previously occurred during the sophomore year and simultaneously added five credit hours to freshman courses. The new course plan made a few revisions to an existing Principles of Journalism in Democracy and added two skills courses focused on visual fundamentals and writing fundamentals. In the spring, there will be 17 sections of a newly created Applied Media Project class. Amy Simons is an associate professor and the course coordinator. “We wanted the students to quickly have a classroom opportunity to demonstrate fluency using the fundamental they learned in the first courses,” says Simons. The new freshman-level class embraces the Missouri Method in what Simons called a “pure clinical” format that will include five hands-on projects where students will be required to demonstrate skills using text, photographs, video, audio and informational graphics.

Sophomore classes have been approved and the structure of junior and senior level classes has also been approved by the faculty, but the committee is still working out the details of those courses. Sophomores will now take a new class called Audiences and Persuasion – a topic previously explored primarily by Strategic Communication students. All students will take a one-credit course completely focused on social media, something the committee considers particularly important in the current social and political environment. Strategic Communication students now can enroll in a slightly modified Principles of Strategic Communication as sophomores. Students wanting to pursue reporting, editing or producing careers get their first newsroom-driven content class as sophomores where they immediately work in a multi-platform environment.

As juniors, the students will select from six Career Core Paths replacing the previous Emphasis Areas that were further subdivided into 45 Interest Areas. “This is a major bonus for students,” says Associate Dean Lynda Kraxberger who explains that students can still experience all the subjects as electives within the Journalism School without “the difficult and complicated application process” required by the old curriculum. “The new and more flexible electives will let students more easily break free from the artificial single-platform silos,” adds Woelfel emphasizing the omni-platform nature of the contemporary media environment.

Kristina Essig is a first semester student from Dallas who says the new curriculum was a pleasant surprise when she arrived in August. Essig, a Walter Williams Scholar – a Journalism School honors program – says the introductory courses have not been particularly difficult, but she says the classes immediately immersed her in the practice of journalism. “You just want to write the way you’ve been writing though high school,” says Essig adding that “I learned quickly that I needed to pay attention to things like attribution, writing style and the other elements of communicating as a professional.” Essig says she came to Mizzou focusing on a broadcast career and has already discovered that she is also interested in strategic communication.

Dean Kurpius applauds the faculty efforts. “We always wish things could go faster, but the time has been well invested allowing the faculty to focus on both the content and the teaching methods,” says Kurpius. “In many ways, The Missouri Method has always been ahead of its time with the focus on experiential learning,” adds Kurpius who says the Missouri School of Journalism takes seriously its obligation to be a leader in journalism education.

Steven Ackermann is a Special Projects Consultant for the Reynolds Journalism Institute at the University of Missouri School of Journalism. Steve served on the faculty at the RTDNA Anchor-Producer Leadership Summit and was Vice President for News at Raycom Media.