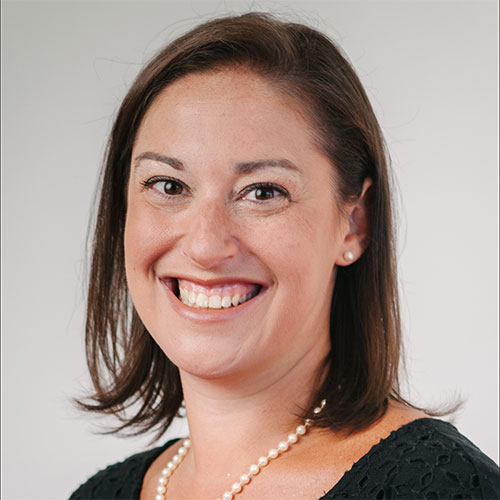 Columbia, Mo. (March 21, 2016) — Missouri School of Journalism professor Amy Simons was honored for her advising role for the campus-wide student group Mizzou Women in Media during the Tribute to Women Awards on March 15. The annual award is sponsored by the University of Missouri Chancellor’s Committee on the Status of MU Women.

Mizzou Women in Media strives to bring together students and professionals working in media and to create a better understanding of the issues that impact women in the professional field. The group’s executive committee – Madi Alexander, Beatriz Costa-Lima, Allison Ladd, Katy Mersmann and Daniela Vidal – nominated Simons for the award.

“In all of our endeavors, Professor Simons made it clear that no challenge was insurmountable, and she proves every day that she will help us achieve greater and greater goals,” the committee said in its nomination letter. “From panel discussions to online resources to awareness campaigns, Professor Simons continuously inspires us to be active female leaders on campus.”

Dean David Kurpius and Convergence Journalism faculty chair Lynda Kraxberger also supported Simons in a joint letter to the selection committee. They noted that Simons responded to a request from several women journalism students about gender-related issues. In Simons’s willingness to serve as adviser, she has given the students an outlet to openly address these issues and discuss them.

“She created a mentorship network for students, recruiting more than 40 women to volunteer their time and expertise in support of our students,” Kurpius and Kraxberger said.

Simons, an alumna, worked as the digital news editor for the Chicago Tribune before joining the journalism faculty in 2010. She teaches courses in multiplatform reporting and editing. Simons hosts and produces Views of the News, a weekly media criticism program that airs on KBIA-FM and KBIA.org. She also serves as the adviser to the Lambda Chapter for the Sigma Alpha Epsilon Pi sorority.

Since joining the School, Simons has developed an interest in international journalism, training professionals on campus and abroad. She has traveled across China and the European Union, teaching Web-first workflows, mobile journalism techniques and how to use social media as a reporting tool and as a means to disseminate journalistic content.

The Status of Women Committee was established in 1973 to address issues of discrimination in the University on the basis of gender.