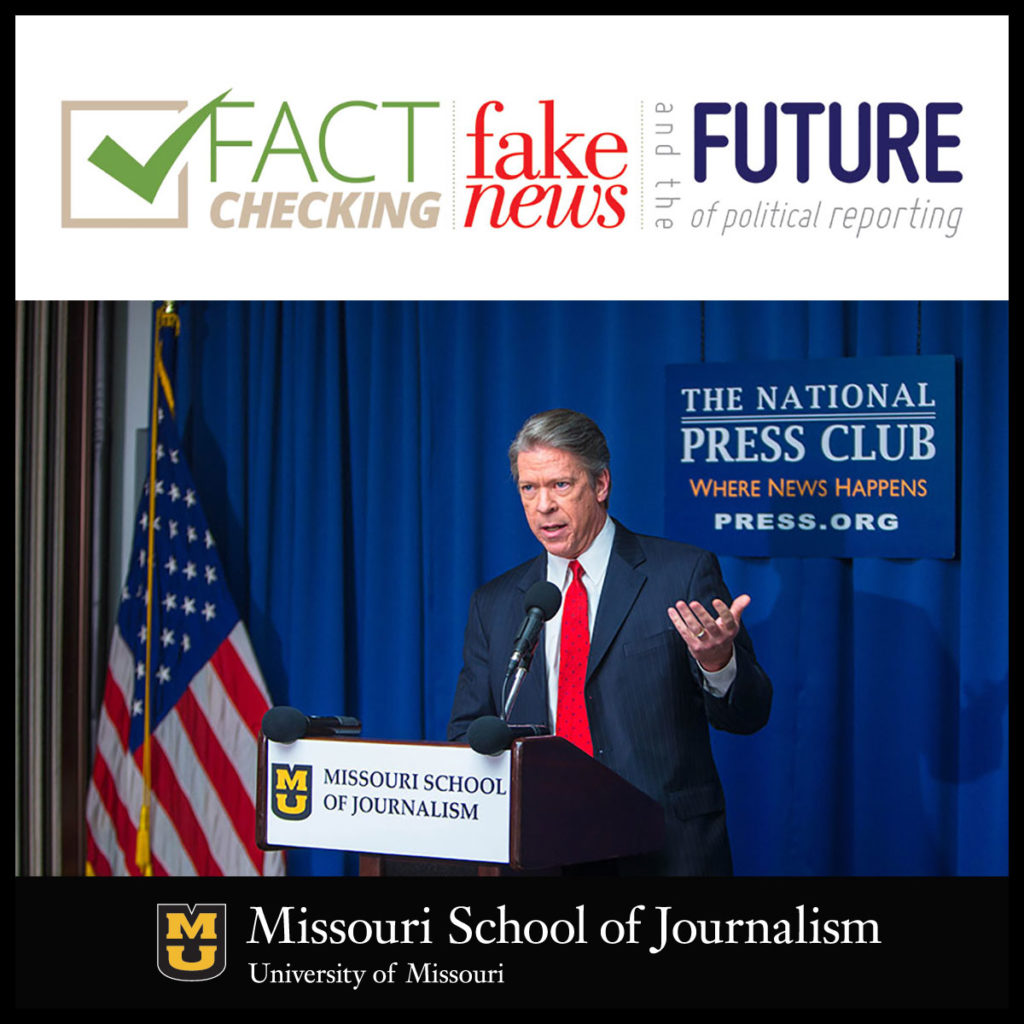 By Molly Olmstead and Kaishuo Zhao

“The words are extreme, but [President Trump’s] actions aren’t as bad as Nixon and Obama,” he said March 9 at the Missouri-Hurley Symposium in Washington, D.C. “It’s important that we understand what other administrations have done.”

In the keynote address for the event, Garrett spoke about the Trump administration’s adversarial relationship with the press and attempted to put the president’s actions in context.

“Making people in power uncomfortable with facts is part of our job,” Garrett said. “There is absolutely nothing new about politicians trying to divert, distract, diminish or demonize journalists who engage in these vital, contentious and important labors.”

Garrett didn’t look to history just for examples of presidents attempting to suppress free speech – he also presented former U.S. presidents’ own words acknowledging the importance of the role of the press.

“To announce that there must be no criticism of the president, or that we are to stand by the president, right or wrong, is not only unpatriotic and servile, but is morally treasonable to the American public,” he quoted Theodore Roosevelt as saying.

Garrett also quoted President John F. Kennedy, who had attempted to restrain the press during the Cold War. The press must be protected for its duty, said Garrett, quoting Kennedy, “to inform, to arouse, to reflect, to state our dangers and our opportunities, to indicate our crises and our choices, to lead, mold, educate and sometimes even anger public opinion.”

In closing, Garrett quoted William McRaven, a former admiral who served as the commander of the United States Special Operations Command from 2011 to 2014. Speaking earlier this year, McRaven called a free press the most important institution in a democracy.

“If we are to challenge the sentiment that the news media is the enemy of the people – and challenge it we must – then journalists must do their part,” he quoted McRaven as saying. “Truth means getting the facts right, every time. It means having multiple solid sources to confirm those facts. It means eliminating bias and hubris from reporting.”

Garrett called on journalists in the room to focus more on public trust and upholding professional standards than on the rhetoric of politicians.

“Credibility is collapsing,” he said. “This industry must ask itself relentlessly why.”

Garrett also spoke about fake news, which he called a “gussied up political cliche.”

During a post-speech question and answer session, Garrett was asked about the inflammatory language of the Trump administration. He conceded that the administration was making waves by challenging institutions, including journalism. Garrett said the challenges to those institutions are causing more people to consider their value, as well as how they can protect them against the administration’s attacks.

He also defended political reporters’ use of unnamed sources, as long as the reporters are diligent about corroborating information with multiple other sources.

Garrett was the senior White House correspondent for Fox News when the Obama administration vowed to treat that news organization as “an opponent.”

“The contradiction between Trump administration and the press is more topical and draws a bigger audience now than it did then,” he said. “But the stakes are precisely the same.”

Molly Olmstead and Kaishuo Zhao are graduate students at the Missouri School of Journalism. They are participating in the school’s Washington Program and will graduate in May.