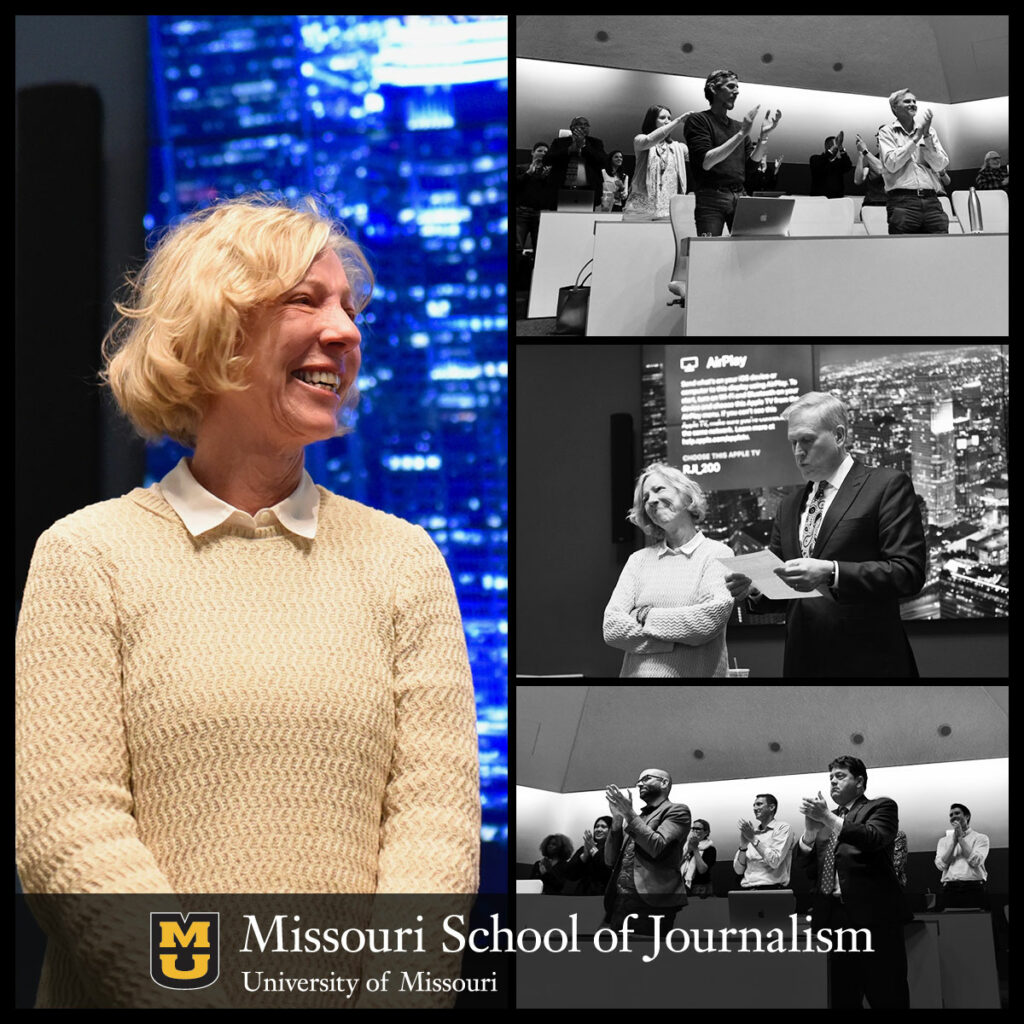 Associate Professor and Managing Editor of the Columbia Missourian Jeanne Abbott is the 2019 winner of the O.O. McIntyre Professorship at the Missouri School of Journalism.

The Award Comes with a $10,000 Salary Supplement for Next Academic Year

Columbia, Mo. (May 14, 2019) — Associate Professor Jeanne Abbott is the 2019 winner of the O.O. McIntyre Professorship at the Missouri School of Journalism. The award recognizes teaching excellence and comes with a $10,000 salary supplement for the 2019-20 academic year.

Abbott is the managing editor of the Columbia Missourian, the School’s digital-first community newspaper and working laboratory for students. She joined the Missouri School of Journalism in August 2007 as a fellow of the Knight Center for Editing Excellence.

Nominators said Abbott’s selfless nature, great teaching and fearless attitude made her a top choice for the award:

Formerly Abbott served as the assistant managing editor at the Des Moines (Iowa) Register. She earned four degrees from the University of Missouri: bachelor’s degrees in English and journalism in 1967, a master’s degree in 1969 and a doctorate in journalism in 1988.

The professorship is named for O.O. McIntyre, one of the most widely known New York columnists during the 1920s and 1930s. His column, “New York Day by Day,” was syndicated to 508 newspapers in every state, Canada and Mexico. Born in Plattsburg, Missouri, McIntyre was raised in Gallipolis, Ohio, where he got his start in newspapers as a reporter for $5 a week. McIntyre died in 1938, and his widow left part of his estate to the Missouri School of Journalism. In her will, she established the O.O. McIntyre Postgraduate Writing Fellowship to help aspiring writers and the O.O. McIntyre Professorship to recognize outstanding educators.