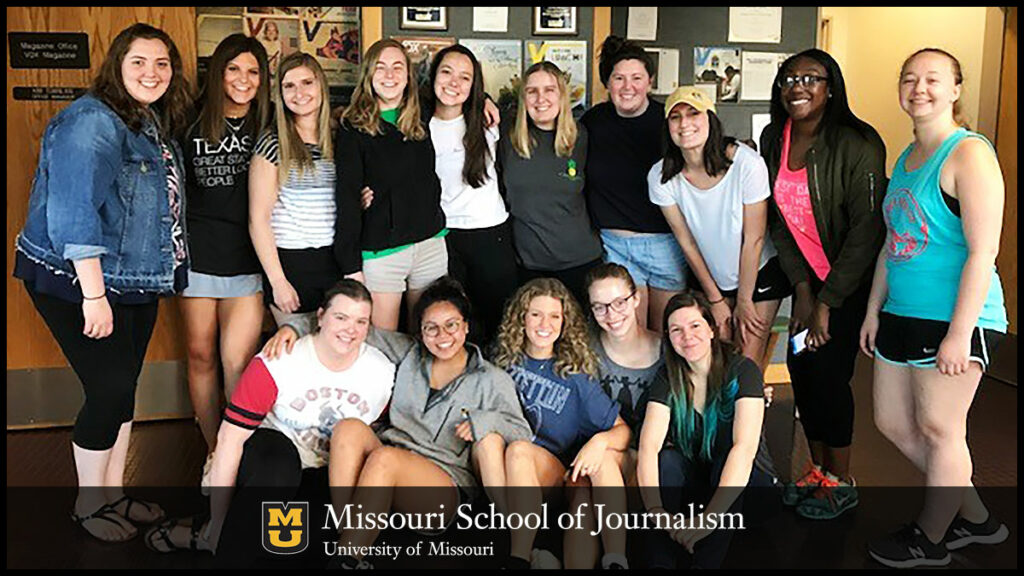 The staff of Vox Magazine was named as a finalist for “Best Student Magazine” in SPJ’s 2018 Mark of Excellence Region 7 Awards, just one of the recognitions Missouri students received from SPJ at the regional and national level.

Columbia, Mo. (July 18, 2019) — The Society of Professional Journalists‘ recognized several students from the Missouri School of Journalism in its regional and national Mark of Excellence contests earlier this year for top content.

The local work was published in the students’ respective newsrooms – KBIA-FM, the Columbia Missourian and Vox Magazine – three of the School’s hands-on learning, Missouri Method newsrooms.

Region 7 honorees were recognized in Warrensburg, Missouri. Region 7 is made up of Iowa, Nebraska, Missouri and Kansas.

First place regional winners then went on to compete with winners from across SPJ’s 12 regions during the national competition. SPJ’s national winners were then recognized in San Antonio at the Excellence in Journalism conference.