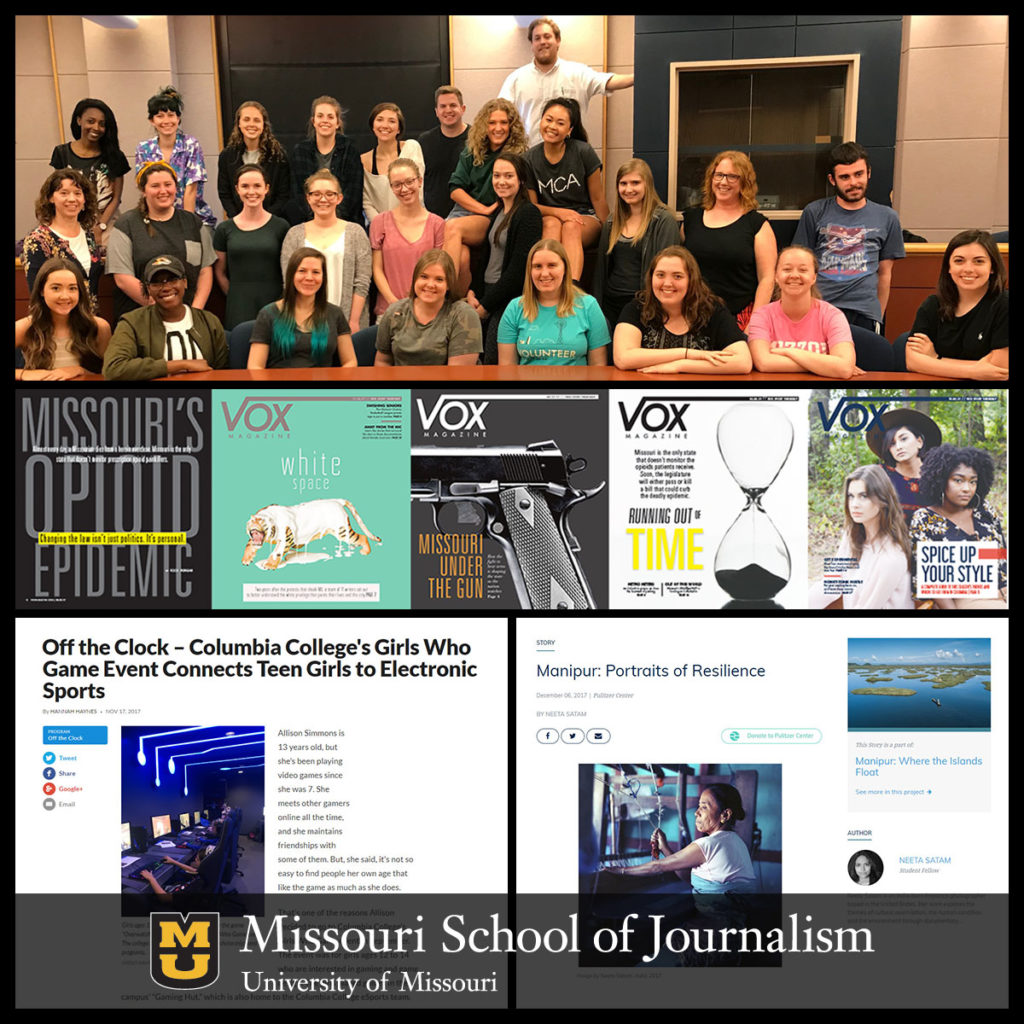 The Society of Professional Journalists Mark of Excellence Awards are given for the best in student journalism. This year, several Missouri students received multiple awards.

Columbia, Mo. (May 10, 2018) — The published work of 14 Missouri School of Journalism students and the staff of Vox Magazine has earned Region 7 Mark of Excellence Awards, a competition sponsored by the Society of Professional Journalists for the best in student journalism. Several students received multiple awards.

The honorees were recognized during the regional spring conference held in mid-April in Ames, Iowa. First place regional winners advance to the national round of judging, which is ongoing. National winners will be announced in mid-May.