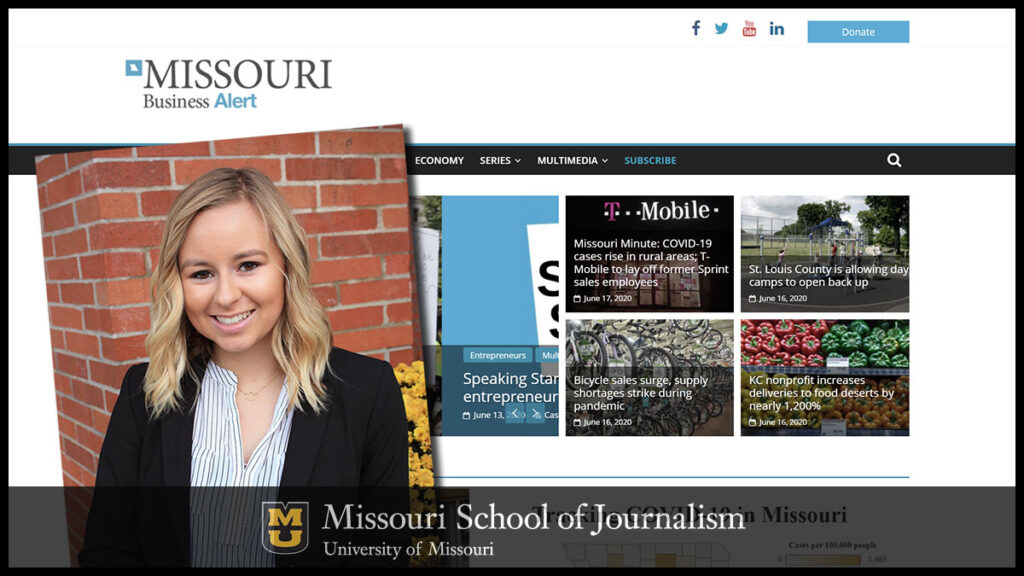 University of Missouri senior Emmy Lucas is participating in the School’s accelerated master’s program, focusing her studies in magazine editing. Lucas was recently named the recipient of the $5,000 Carol Loomis Scholarship for Business Reporting.

Columbia, Mo. (June 19, 2020) — Missouri School of Journalism senior Emmy Lucas is the recipient of the $5,000 Carol Loomis Scholarship for Business Reporting for 2020.

“I am honestly so touched. Carol Loomis is a trailblazer for not only women in business journalism but women in journalism as a whole,” said Lucas. “It amazes me how much she’s done in her 60-plus-year career and what she continues to do. She really is the definition of having a passion for storytelling and a determined, successful woman in business journalism. To receive an award that honors her means so much to me.”

Lucas, originally from Lindenhurst, Ill., is participating in the School’s accelerated master’s program, earning both her undergraduate degree (in December 2020) while also currently doing work for her master’s degree. She is focusing her studies in magazine editing.

Carol Loomis, BJ ’51, started the annual scholarship that bears her name at the Missouri School of Journalism in 2013 for graduate students interested in pursuing a career in business journalism. The scholarship honors Loomis’ 60 years of work at Fortune magazine and her role in blazing the trail for women in journalism. The internship is administered by Randy Smith, the Donald W. Reynolds Endowed Chair in Business Journalism.

“Emmy grew up in a small town much like Carol Loomis, and – like Carol’s early years – has burst into business journalism in New York,” said Smith. “In her short time at Mizzou, she has risen quickly from writing for the School’s Missouri Business Alert to a summer internship at Bloomberg. She is an excellent student. Many good things are ahead.”

Loomis retired in 2014 as senior editor-at-large and Fortune’s longest-tenured employee. She received the Missouri Honor Medal for Distinguished Service in Journalism in 1978.