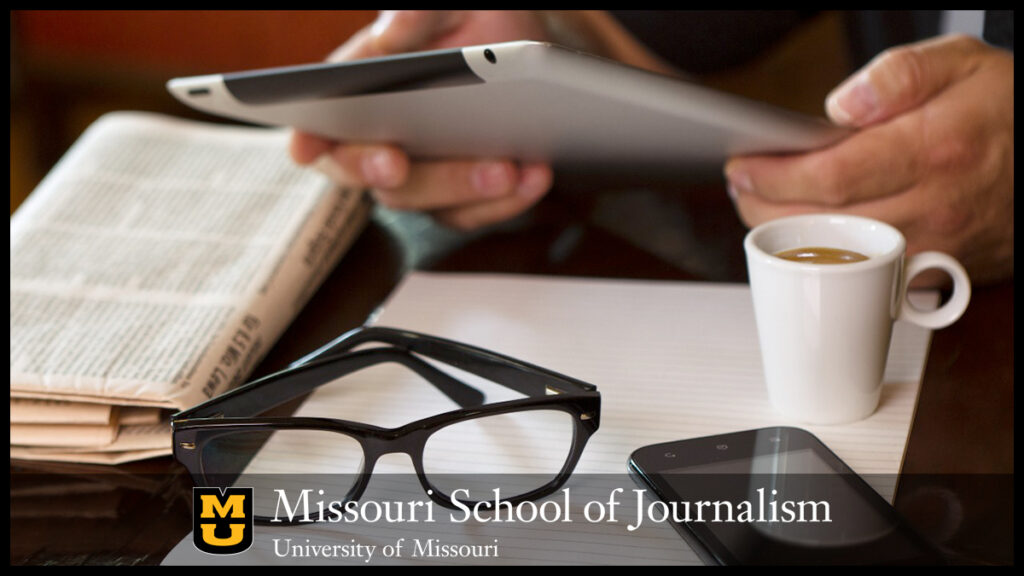 How people consume news and take actions based on what they read, hear or see, is different than how human brains process other types of information on a daily basis, according to researchers at the University of Missouri School of Journalism. While the current state of the newspaper industry is in flux, these journalism experts discovered people still love reading newspapers, and they believe a newspaper’s physical layout and structure could help curators of digital news platforms enhance their users’ experiences.

“Many people still love print newspapers, and to an extent, we also see that they like the digital replicas of print newspapers as much as they do the physical version,” said Damon Kiesow, a professor of journalism professions and co-author on the study. “But we believe there is more to understanding this notion than just simply habit and experience. We feel newspapers are fulfilling some sort of need in a person’s daily life that is not currently being effectively fulfilled with the digital experience. The contextual clues that help tell readers what stories are important, why they should care about what stories they are reading and where to locate the news that is most important to them, are being weakened by structures missing in digital news.”

The study is based on psychologist James Gibson’s theory of “affordances,” which argues an object’s properties indicate what desired action should be taken with the object. The researchers believe this theory can apply to print newspapers in the way that various surfaces, layout, colors and labels can help contextualize a news story and give it meaning to the reader. By conducting in-depth interviews with 12 long-time newspaper subscribers, the team was able to identify 10 affordances of people who read print newspapers. They are:

By better understanding these affordances, the researchers now believe print newspapers have moved to digital platforms without first having a proper understanding of how readers use printed contextual clues to make sense of the news. Kiesow, who has a background in human-computer interfaces, believes these affordances can help inform news organizations when making decisions on their digital platforms to deliver the day’s news.

“There is a need for better understanding how print-centric workflows and publishing tools might be hampering readers’ understanding of the news on digital platforms,” Kiesow said. “Publishers should be looking at elements such as navigation and labels, but also how contextual signals are carried across platforms, including social media, where first impressions of what the news is about are often initially formed before a click occurs. What news organizations should be doing is testing and designing their digital platforms more for understanding, rather than just usability.”

Shuhua Zhou, professor and the Leonard H. Goldenson Endowed Chair in Radio and Television at the  School of Journalism, and corresponding author on the study, focuses his research on how people learn from the news. He said Gibson’s theory can help explain the many perceptions of the news that people have.

“Gibson has a beautiful theory to help explain whatever we do as human beings, that there are meanings that we assign to those actions,” Zhou said. “His use of affordances focuses on what can be done, or the action-potential. Here, we can think about news consumption in a similar way. When a reader sees a headline, the style — bold type and font size — gives the news story some type of meaning to that person. That is the action-potential that Gibson refers to in his theory. So, by using this theoretical concept, it can help us better understand why people perceive the news in the way that they do. I think the problem with most newspaper websites is that they are built without thinking about the features which are conductive to readers taking in and making sense of information.”

The study, “The Values of Print: Affordances and Sensemaking for Newspaper Consumers,” was published in Journalism Practice. Lei Guo from the University of Nebraska-Omaha is also an author on this study. Funding was provided by the Donald W. Reynolds Journalism Institute housed at the Missouri School of Journalism.