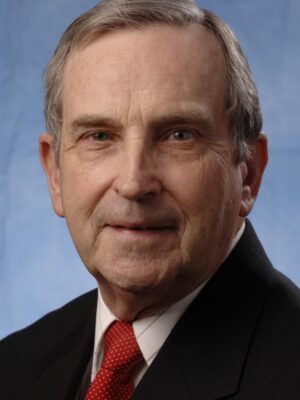 KEITH SANDERS served as chair of the Editorial Department from 1976 to 1979 and as interim associate dean for graduate studies in 1990-91, 1986-87 and 1980. He won the O.O. McIntyre Distinguished Professor award in 1993. He was the executive director of Kappa Tau Alpha National Honor Society from 1991 – 2017. Before coming to Missouri he worked as an instructor at the University of Iowa and at Bowling Green and as a sports editor for the Ashland (Ohio) Times-Gazette and the Dover (Ohio) Daily-Reporter. Sanders also worked a short time as a sports news anchor, WOUB-TV in Athens, Ohio.