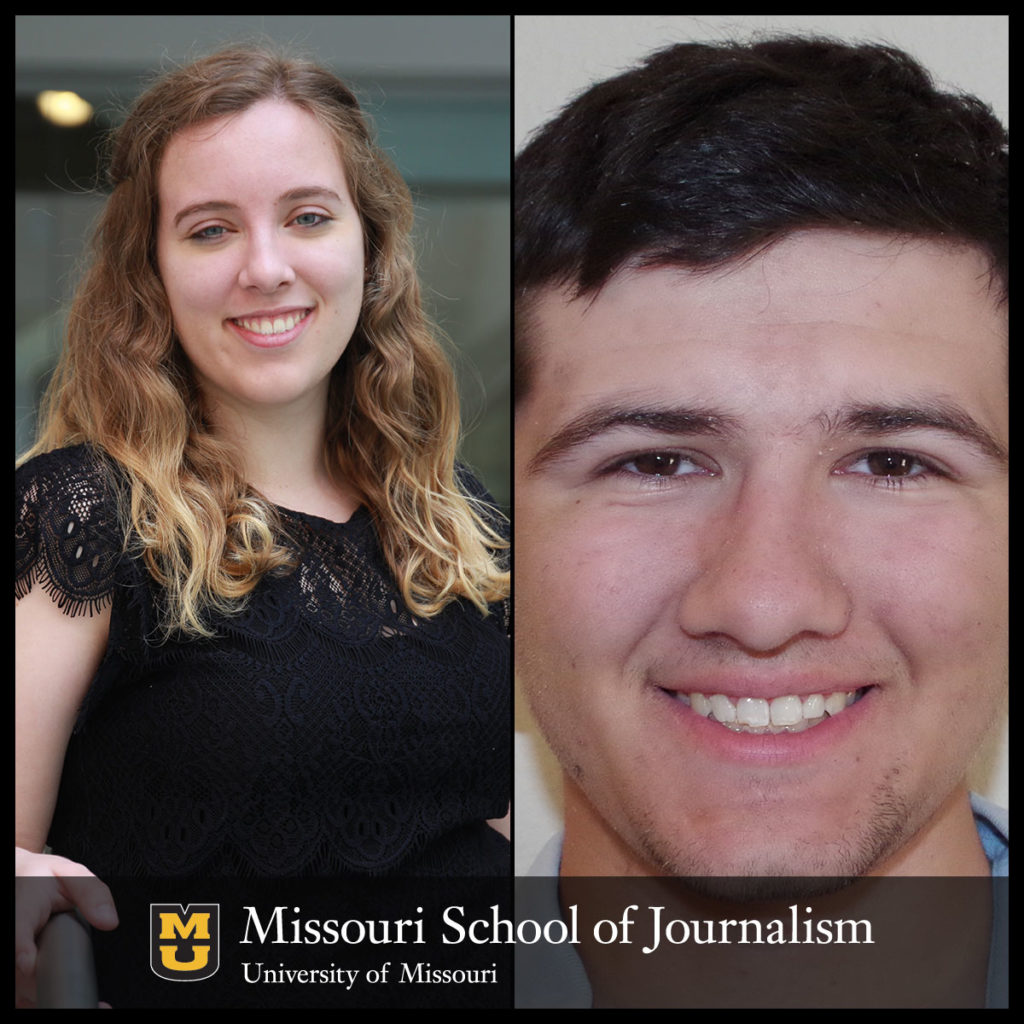 Columbia, Mo. (May 9, 2017) — Two Missouri School of Journalism students have been named winners in the “Rewriting Realities” art and writing contest hosted by the University of Missouri Multicultural Certificate office.

The theme for this year’s competition was “What are your crossroads?” The contest encouraged students to answer these questions through poetry, essays, prose, paintings, drawings, graphic art or videos. The contest, which accepted entries in the form of visual art, creative literature and digital storytelling, was created to encourage creative exploration on the issue of identity on campus.

Sarah Sabatke won second place in the Creative Literature category in the contest, and was awarded a certificate and $200. Sabatke’s poem was titled “My Reality” and focused on her transition from childhood to the present day. Her poem explored how that transition has been affected by the anxiety that she struggles with on a daily basis. The following is an excerpt from her poem:

I am the nails that have never been long enough to paint because anxiety reaches them first.

I am the pencil scribbling airplanes and foreign words when it should have been taking notes.

I am the globe peeling from endless spins, the cities to be visited covered with push pins.

I am a climber ascending a mountain of expectations only to realize that the precipice which I have tried so hard to find has not yet grown to its full potential.

I am the butterflies caged behind weary ribs, begging to escape their confines but to no avail.

Originally from Monroe, Wisconsin, Sabatke is a junior studying convergence journalism with a minor in peace studies. She has been recognized on the dean’s list since the spring 2015 semester and was selected to write for USA TODAY as a collegiate correspondent during the spring 2016 semester. She also has written for the Huffington Post and will be interning in London this summer through the MU Journalism Abroad program.

Sabatke attributed her win to the hands-on Missouri method, which taught her how to tell stories in a compelling manner.

“Beyond the professional skills I’ve learned, my friends and amazing convergence professors in the J-School have allowed me to be vulnerable and provided me with a space to learn and grow without fear,” said Sabatke.

Craig White won third place in the Visual Art category with a piece title “transparence[me]”, and was awarded a certificate and $100.

“I entered Rewriting Realities with this idea that my identity was a mixture of everything that I was a part of, and most of that revolved around the Mizzou community,” White said. “It’s a big honor to be selected because I’m able to reflect this identity artistically and able to tell a story behind it.”

The students were honored at an awards ceremony on Tuesday, April 14, at the Reynolds Alumni Center.