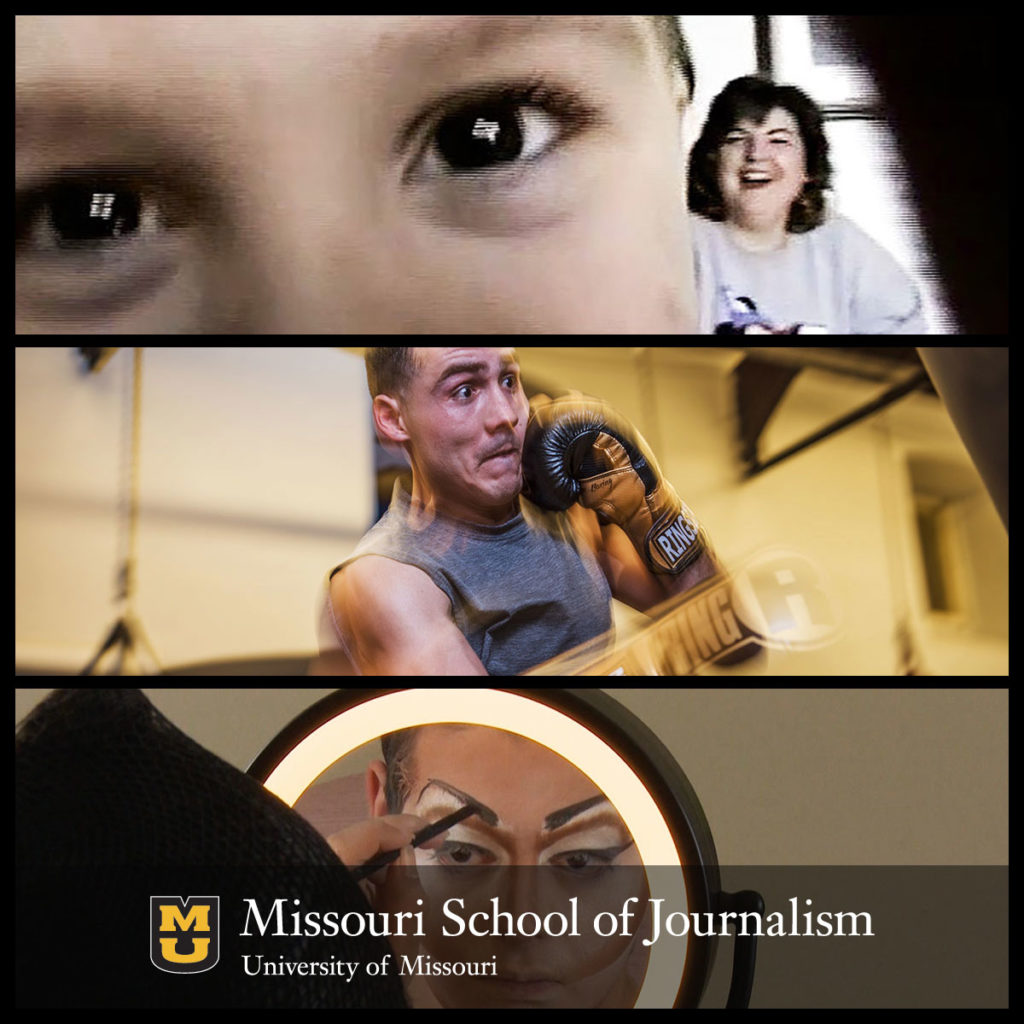 The Visual Art and Design Showcase is a venue for undergraduates to display and discuss their scholarly work in an exhibition setting. The work of 40 University of Missouri students was on display from Jan. 31 to Feb. 3 in Jesse Hall.

Sarah Leen, the director of photography at National Geographic, delivered the keynote address. Leen graduated in 1974 with a bachelor’s degree in Fine Arts from MU and continued with some graduate courses at the Missouri School of Journalism.

The items featured a variety of artistic expression and applied design, including works of photojournalism, graphic design, architectural drawing, theatre set design, painting, textile and apparel design, and digital storytelling. Students who were selected to participate visited with a panel of guest jury members and competed for $10,000 in professional development funds and other awards.

Five Missouri School of Journalism students were selected as winners.

Other journalism students who participated in the competition were:

Noted Terbrock, “With the showcase, I hoped to show that visual storytelling is an important piece to the journalistic process and design can make or break a story.”

“It was such an incredible and eye opening experience to speak with a diverse range of professional artists,” Lieberman said. “Every juror had a unique perspective on my work, which contributed to a well-rounded takeaway for my future photo projects.”