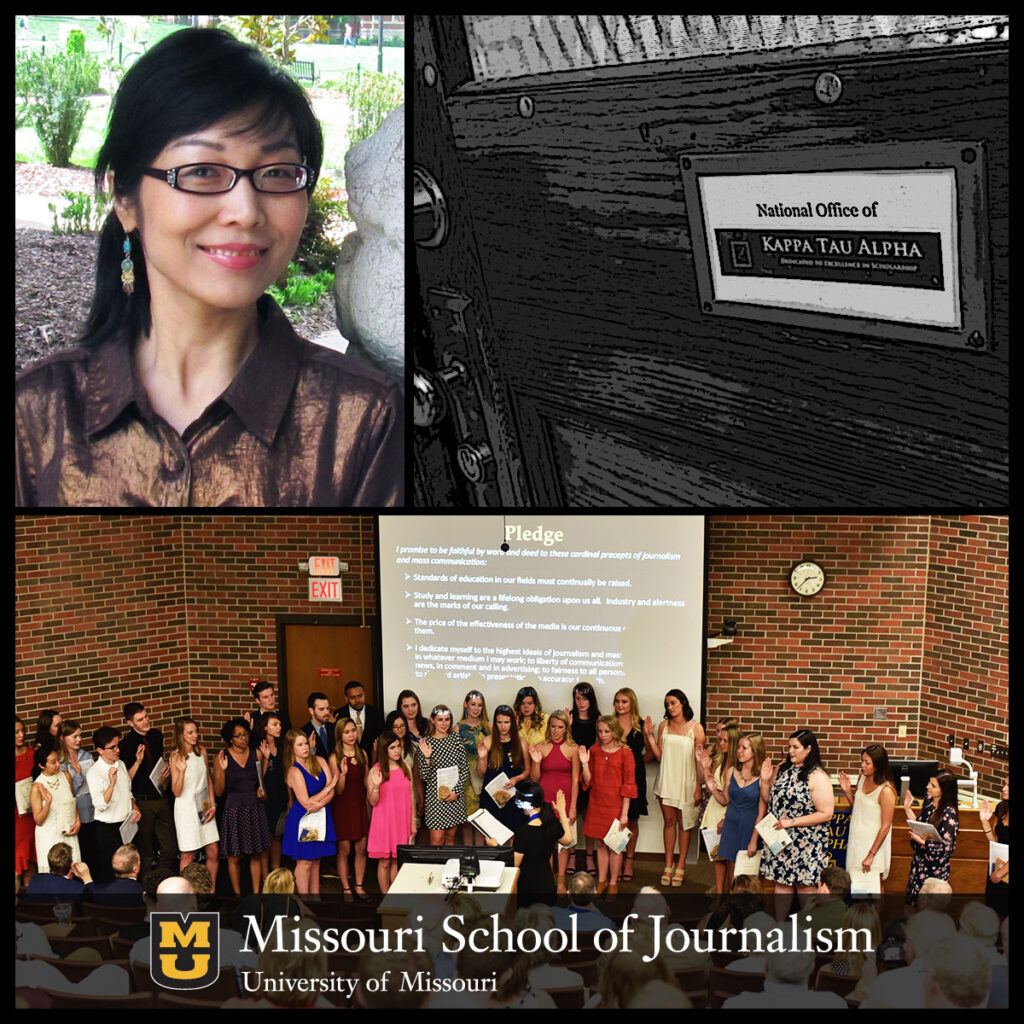 Associate Professor Yong Volz is the 2018 winner of the William H. Taft Outstanding Adviser Award from Kappa Tau Alpha, the first winner from the University of Missouri since 1987.

Columbia, Mo. (May 18, 2018) — Kappa Tau Alpha will honor Missouri Journalism Associate Professor Yong Volz with the William H. Taft Outstanding Adviser Award during the annual convention of the Association for Education in Journalism and Mass Communication in Washington this August.

The Taft award is named in honor of the national society’s longest-serving executive director. Volz is the 34th recipient. She plays an integral role in making sure the University of Missouri‘s top students are honored for their accomplishments. She has served as the adviser for Kappa Tau Alpha at MU since 2012. The national headquarters of Kappa Tau Alpha is based at MU, but 1987 was the last time a Mizzou adviser won the Taft award.

As chapter adviser, Volz works to ensure that students who qualify for KTA receive recognition for their years of challenging work. This spring, Volz helped initiate 44 students into KTA, which she believes is a record for the university. More than 200 people attended the ceremony, which included a PowerPoint presentation with a thumbnail bio on every inductee and historical photographs of the MU chapter.

“I am privileged to serve as the adviser to help celebrate the achievements of our brightest and most hard-working students,” Volz said. “It’s a nice conclusion to an important chapter in their life.”

Volz has been teaching at the Missouri School of Journalism for 13 years. She was the 2017 recipient of the MU Alumnae Anniversary Faculty Award for her teaching excellence and contribution to the education of women. Earlier this year, she was named a 2018-19 fellow for AEJMC’s Institute for Diverse Leadership in Journalism and Communication.

As a researcher, Volz has written about such issues as the impact of the 9/11 attack on Americans’ reception of foreign-language films; social stratification and the ultra-elite of U.S. foreign correspondents; and gender disparities among Pulitzer Prize winners.

The journalism national honor society was founded at the University of Missouri’s School of Journalism in 1910 and has chapters at 96 universities. The national headquarters has been permanently located at the University of Missouri since 1944. Students must be in the top 10 percent of their journalism and mass communication class to be invited to join KTA.