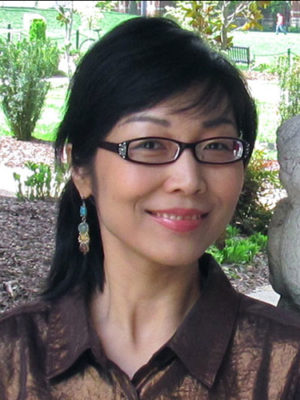 YONG VOLZ (张咏) is the Roger Gafke Distinguished Faculty Fellow and is chair of the Journalism Studies faculty at the Missouri School of Journalism.

Volz’s research centers on journalists and their place in society and history. Working primarily in the tradition of historical and comparative sociology, her research explores the formation of journalists as a distinctive occupational group, especially concerning gender, race, and the impact of social movements on the collective construction of journalistic identity.  She has examined empirical cases spanning three centuries from both the United States and China. Her published work addresses the elite formation of U.S. foreign correspondents, gender disparities among Pulitzer Prize winners, American women journalists in the post-feminist era, pioneers in U.S. journalism education and their transcultural practices, Western missionary journalists in late nineteenth-century China, and the first generation of Chinese women journalists in the early twentieth century, among other topics.

Volz has earned top paper awards from AEJMC and won the Asian Journal of Communication Best Paper Award for International Communication Research. Since coming to Missouri, Volz has received a number of research fellowships, visiting scholarships and professorships from universities and institutions in Hong Kong, Taiwan, and mainland China.  Additionally, she has received research grants from AJHA, AEJMC (with A. Hinnant and R. Thomas), and CCKF for International Scholarly Exchange.  She was also a 2013-14 Reynolds Journalism Institute Faculty Fellow, during which time she completed an oral history project — Herstory — bringing to light the experiences of senior women journalists across the country (http://herstory.rjionline.org/).

Volz teaches at all three levels: undergraduate, master’s and doctoral. At Missouri, she has served on 50 dissertation committees and almost 100 master’s thesis and project committees. Her teaching, advising and mentorship has been widely recognized.  She received the 2017 University of Missouri Alumnae Anniversary Faculty Award for her “teaching excellence and contributions to the education of women,” the 2020 Jordan Hoyt Tribute to Women Award for “contributing to an environment of equity, fairness and justice for women on the MU campus,” the 2021 Ann K. Covington Award for Undergraduate Mentoring for her “outstanding contributions to fellowships applicants.”  She was also the 2018 winner of Adviser of the Year from Kappa Tau Alpha National Honor Society for Journalism and Communication. Most recently, she received a 2021 Faculty-Alumni Award from the Mizzou Alumni Association.

Born in Beijing and raised in Shanghai, Volz received bachelor’s and master’s degrees in journalism from Renmin University of China, where she also self-studied and passed China’s National Judicial Exam.  She received a master’s degree in communication from the Chinese University of Hong Kong and a doctoral degree in mass communication with a minor in history from the University of Minnesota, where she received several scholarships and the university-wide dissertation fellowship.