Columbia, Mo. (Aug. 20, 2013) — A group of Missouri School of Journalism students and alumni along with Kansas City high school counselors and other guests recently got an inside look at how one of the world’s top digital marketing agencies creates magic for its clients.

VML CEO and President Jon Cook, BJ ’93, opened the “Lunch, Learn & Network” event, which was held July 24 at the agency’s global headquarters in the terminal building at the Charles B. Wheeler Downtown Airport in Kansas City. Professor Suzette Heiman offered welcoming remarks and thanked Cook for hosting the activity.

The modern facilities impressed arriving guests, with its circular glass exterior and exposed ceiling fixtures prompting some to remark that it was the kind of place “one sees on TV.” The arrival and departure of planes added to the overall charm and allure.

Cook began the two-hour program with an overview of the award-winning agency. In 2012 VML was recognized by Ad Age as a Standout Shop, was the recipient of seven Cannes Lions awards and named a Strong Performer in the Forrester Wave: U.S. Digital Agencies – Mobile Marketing Strategy and Execution, Q1 2012. Since its founding in 1992, VML has been dedicated to delivering creative solutions at the intersection of marketing and technology.

Cook emphasized the importance of building teams with diverse talents, backgrounds and perspectives.

“Behind the magic that agencies create are teams of talented people who come up with the ideas,” Cook said.

Wendy’s and Gatorade are among the clients that VML serves as the agency of record, and Cook highlighted some of the work created for each of them.

The Lunch, Learn & Network event helped at least two students consider their future career options. Missouri journalism senior Stephanie McKinney, from Lake Zurich, Ill., said the meeting proved to her that the workforce is not black and white, that people share responsibilities and dip into other focuses.

“I thought I was dead set in art direction, however, after hearing what the Mizzou alums at VML had to say, I’m now being more open minded and considering different paths,” she said. “It was good to hear that you don’t necessarily have to be just art, you can incorporate other interests.”

Jazmin Burrell, a junior from Grandview, Mo., has decided to study strategic communication and specialize in account management. 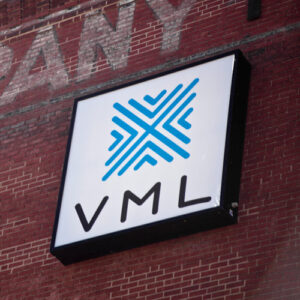 “I learned that so much goes in to what we see on TV,” Burrell said. “It’s a conglomerate effort to make magic in what graces our screen for usually no more than 60 seconds but can leave an imprint in our minds for a lifetime.”

Master’s student Laura Davison, BJ ’13, from Shawnee Mission, Kan., was impressed by how much VML pulls in talent from outside the communication space.

“It was a great reminder to us as students that to be great communicators, we also need to know about the world,” she said. “That could be a second major, an unrelated job or internship or just pursuing a hobby. Those experiences, coupled with our communication backgrounds, will bring greater depth and understanding to the work we do.”