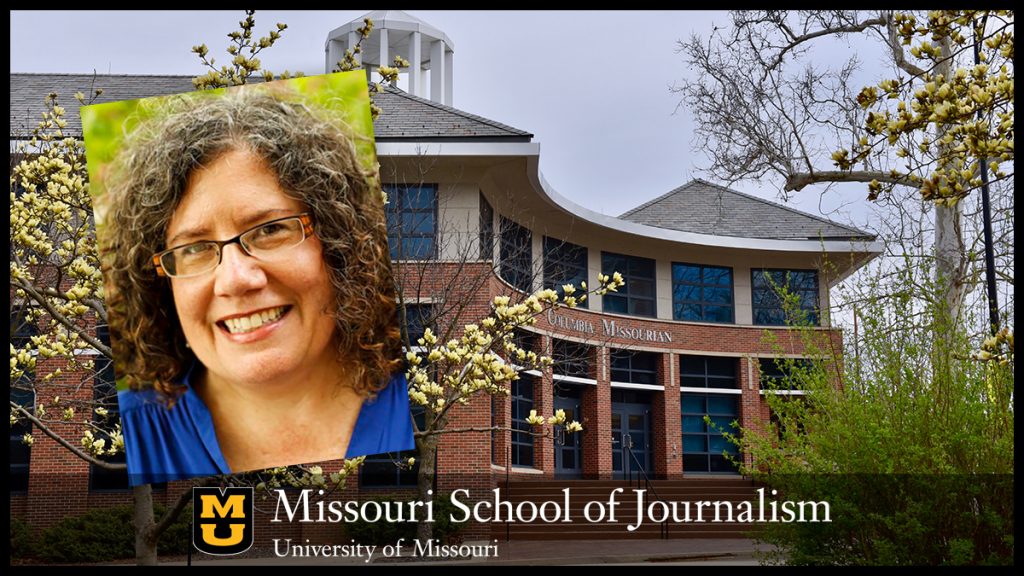 Elizabeth “Liz” Brixey’s impact on the lives of undergraduate students at the Missouri School of Journalism is tough to measure because her influence is so individual and ongoing — hallmarks of an educator at heart. An associate professor and faculty editor at the Columbia Missourian since 2003, Brixey is best known for her holistic approach to teaching and mentoring, getting to know her students and using that personal connection to bring out the best in them.

“When you pass by Professor Brixey’s office — nearly any time of day — you will find her with a student right next to her. She is usually editing a student’s story, but with every edit and question, she is teaching them,” said David Kurpius, dean of the school of journalism. “They are as engaged as she is to improve a story and make it shine.”

Senior Jessica Blake, an MU Stamps Scholar, said Brixey has been instrumental in building her confidence and helping her to think more critically about complex topics.

“I have watched Liz foster a similar sense of self-belief in so many of my peers, advocating for the student who is struggling just as much, if not more, than the student who excels,” Blake said. “She meets us where we are and gets to know what makes us tick, personalizing our instruction accordingly. She creates a healthy space for vulnerability, and always puts other above herself. The impact shows.”

Professor Mark Horvit, who teaches investigative reporting and is director of the school’s State Government Reporting Program, said while Brixey is dedicated to building strong relationships with her students, she is equally committed to holding them to high standards.

“She is demanding, and her expectations drive students,” Horvit said. “But because each student knows that Liz cares about them and has their back, they are driven to deliver.”

But Brixey’s influence has reached far beyond her students. Horvit said he has become a more empathetic and engaged professor because of her.

“College is a tough and stressful time for many students, now more than ever,” he said. “Those lucky enough to work with Liz Brixey not only have a teacher who prepares them for their future careers, but also a mentor who will be there for them for many years to come.”

Professor Mike Jenner, faculty chair at the school of journalism, agreed, adding that the central pillar of Brixey’s philosophy is “teaching the student in front of me.”

“She cares deeply about her students and their success,” he said. “She knows when to be demanding, when to be comforting, and when she should just listen. She is respectful of her students, their privacy and their space, but she has heard many a confession — and many a cry for help. Her students appreciate this, and they seek her advice in all manner of academic, journalistic and other areas.”

In 2017, Brixey received the O.O. McIntyre Professorship for Teaching Excellence from the school of journalism and the Maxine Christopher Shutz award and Lecture for Distinguished Teaching from MU in 2019. She also received the Excellence in the Graduate School Award from the Journalism Graduate Students Association and has been a faculty mentor for nearly a dozen Mizzou ’39 winners. Among her many service positions at the School of Journalism is being an Atwater Writing Contest judge since 2007 and coordinator since 2009.

Brixey has received master’s and bachelor’s degrees in journalism from the Missouri School of Journalism.

Associate Professor Tom Warhover, who was chair of journalism faculty and executive editor of the Columbia Missourian for most of Brixey’s time at Mizzou, said an impressive 54 students have asked Brixey to be their mentor for honors convocations, not to mention the plethora of student who consistently give Brixey the highest praises in their evaluations.

“Professor Brixey tailors each learning opportunity to the moment and to the student. She’s no softy; students in her classes aren’t assessing her highly because they’ve had a lark of a semester,” Warhover said. “It’s a combination of intensity and love that comes through when she’s telling a student to find another interview subject or a document, to rewrite a story or a headline or a summary, or to check again the spelling of a source.

“She is the kind of teacher that students remember years later,” he said. “Alums say so as they’re passing through on their way to her office to say hello.”

Alumna Emma Veidt, editor of Backpacker Magazine, said she met many inspirational instructors during her five years attending Mizzou as an undergraduate and graduate student, but no one compares to Brixey, who continues to be a rallying force in her life.

About the Kemper Awards

Kemper Fellows have commented on how the awards enhance faculty morale, reward the important role of teaching in higher education, and demonstrate the beneficial relationship between private gifts and the University.

Kemper, a 1926 MU graduate, was a well-known civic leader in Kansas City. His 52-year career in banking included top positions in Missouri, Kansas and Oklahoma. The William T. Kemper Foundation, established in 1989 after his death, is dedicated to continuing Kemper’s lifelong interest in improving the human condition and quality of life through education, health and human services, civic improvements and the arts.