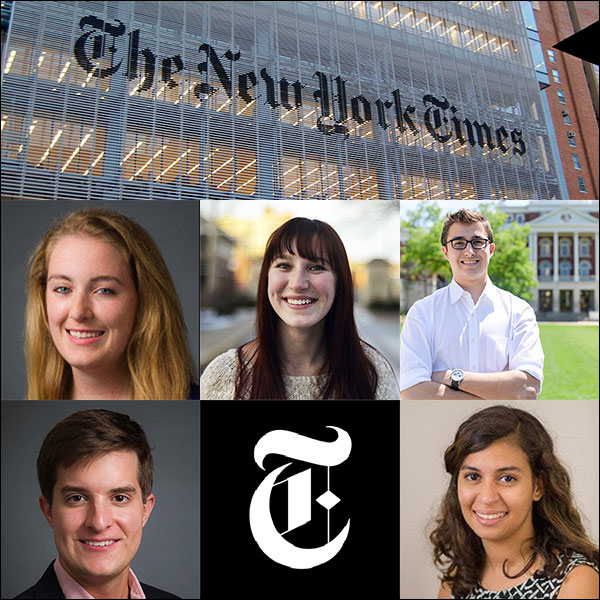 The workshop allows student news editors to visit The New York Times newsroom to explore the role of newspapers in society, meet with Times editors and correspondents, and develop their journalistic skills, according to the workshop’s website. The group will also discuss the various aspects of the newspaper from the newsroom and editorial to advertising.

The five students attending the workshop are:

Sirtori-Cortina and Donica were selected to receive $1,000 scholarships for travel expenses.

Since the workshop’s inception in 2004, about 50 students from more than 30 universities attend the event each year. Participating schools integrate Times content into their publications.