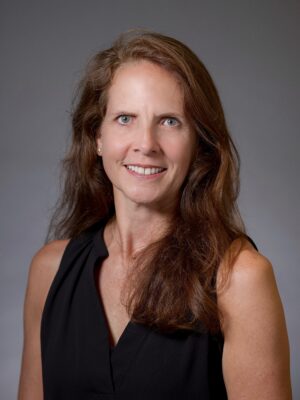 Jennifer Rowe, professor and Carol J. Loomis Faculty Fellow, holds both her bachelor’s and master’s degrees from the Missouri School of Journalism. She served as chair of the Magazine Journalism Faculty Group for more than six years and has taught numerous magazine classes since joining the Missouri School of Journalism in 1998. For thirteen years, she was editorial director of Vox, an award-winning city magazine produced by magazine journalism students.

In 2016 Jennifer received the O.O. McIntyre Professorship in Teaching Excellence from the School of Journalism as well as the Faculty-Alumni Award from the Mizzou Alumni Association. Previously, she had earned two of the University of Missouri’s most prestigious teaching awards: the William T. Kemper Fellowship for Teaching Excellence in 2009 and the MU Provost’s Outstanding Junior Faculty Teaching Award in 2004. A faculty initiate of Golden Key and Omicron Delta Kappa honor societies in 2001, she has also been recognized by MU’s chapter of the National Association of Black Journalists and the Journalism Graduate Student Association for her work with students and has been a Mizzou ’39 faculty honoree three times in nine years.

Acting as faculty coordinator for the City and Regional Magazine Association awards program, Jennifer also works with the Society of American Travel Writers on its annual awards contest.

Jennifer has written freelance articles for Runner’s World, Elle, Real Simple, Westways and St. Louis magazines. Having been a contributing editor for Italian Cooking and Living magazine as well as the La Cucina Italiana for more than five years, she has also done freelance copyediting with clients such as Stateline, an initiative of The Pew Charitable Trusts. A speaker at conferences and workshops across the country, she has presented at the FOLIO: show in New York City and Chicago, the United States Olympic Committee Communications Workshop as well as conferences for such organizations as the American Copy Editors Society and Statewide Editors Association and many more. Jennifer has also provided training for companies including American Express Corporate Affairs and Communications and Nokia international.

Reynolds Faculty Fellowships; Carol Junge Loomis Faculty Fellow
Established in 2014 by the Donald W. Reynolds Foundation, the Reynolds Faculty Fellowship was established to help recruit and retain talented faculty at the Missouri School of Journalism. The Fellowship provides support for scholarship and research, in addition to salary enhancement. Donald W. Reynolds was a 1927 graduate of the Missouri School of Journalism and spent his life building the Donrey Media Group, ultimately owning more than 100 enterprises in the newspaper, radio, television, cable television and outdoor advertising industries. The Foundation is allowing up to 50 third-party donors to create individual Fellowships. The Carol Loomis Faculty Fellow is named for Carol Loomis, BJ ’51, one of the industry’s most respected financial journalists, who retired in 2014 as senior editor-at-large of Fortune magazine.