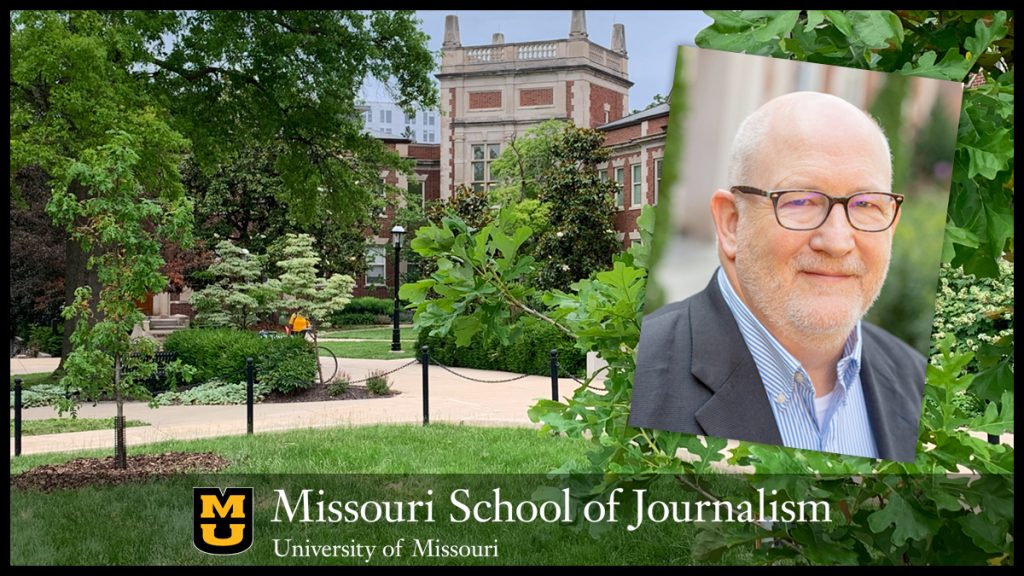 Research will delve into how the U.S. military photographed and presented itself to its members over the course of a century

Columbia, Mo. (August 17, 2022) — Keith Greenwood, an associate professor at the Missouri School of Journalism, has been awarded two grants to study the history of photojournalism in military newspaper Stars and Stripes.

The MU Arts and Humanities Research and Creative Works Fellows Program will provide $12,500 toward Greenwood’s project, which will study how the paper’s war photography — published by an editorially independent arm of the U.S. Department of Defense — compares to civilian photojournalism over the course of its history.

“This is about adding another element to what we know of photojournalism’s history,” Greenwood said. “Plenty has been written from the civilian side, but Stars and Stripes sits at the intersection of civilian and military, and its photography hasn’t been extensively researched.”

Greenwood will examine the paper’s published photographs dating from World War I all the way into the present era. But within this overarching project, an additional source of funding —  a $1,500 Joseph McKerns Research Grant from the American Journalism Historians Association (AJHA) — will support a specific focus: the Vietnam War.

Known as “the first television war,” news of the Vietnam War during the eight-year span of direct U.S. intervention featured an unprecedented level of televised access to the front lines of the conflict. And after the Tet Offensive, North Vietnam’s campaign of surprise attacks against South Vietnamese and U.S. forces, news coverage generally began to place more emphasis on the bloody and futile nature of the war, with one of the most pivotal broadcasts coming from CBS anchor Walter Cronkite in what has since been known as the “Cronkite Moment.”

Greenwood is interested in the photography that appeared in newsprint, and in learning whether Stars and Stripes followed the same trajectory toward more negative or “raw” coverage of the Vietnam War after the Tet Offensive.

But Greenwood is interested in visuals that have received somewhat less attention in chronicles of this period in journalism: the photography that appeared in newsprint. Specifically, he is interested in learning whether Stars and Stripes followed the same trajectory toward more negative or “raw” coverage of the war after the Tet Offensive.

The paper’s status as a government-funded publication with editorial independence is not entirely unique — public media such as NPR also deliver independent news despite government funding and frequent partnerships with public universities — but for Greenwood, a visual history of the military reporting on itself from within offers a potential trove of illuminating discoveries, especially during fraught, politically tumultuous periods such as the Vietnam War.

“Stars and Stripes is for the military community and staffed by servicepeople, but it is editorially independent,” he said. “That makes it an interesting prospect to see if the publication did a ‘here’s what’s really going on here’ sort of thing in Vietnam, or if they leaned toward more positive coverage. The media in general had a lot of access during the war, but because Stars and Stripes is part of the military infrastructure, they might have had a bit more information. How did their position within the military inform their coverage?”

That dynamic between press freedom and military influence has shifted over the years. Brian Brooks, a professor emeritus at the School of Journalism, served as a public information officer in Vietnam during the conflict and later became editor of Europe’s edition of Stars and Stripes in the late ’90s, and he recalls that the paper’s editorial independence was once more tenuous than it is today.

“Before the ’90s, a military editor could tell people what to do, and most of the editorial people were military,” Brooks said. “That’s not the case now, especially since Congress ordered the hiring of an ombudsman who resolves complaints and protects the independence of the paper.”

Greenwood hopes to compile what he learns about that period and the rest of the paper’s photography-related history into a book. Another stretch goal is an exhibit at the School of Journalism’s McDougall Center for Photojournalism Studies, where he serves as co-director. But in the meantime, the funding from Mizzou and the AJHA will go toward the travel and toil necessary to uncover a century’s worth of untold stories of the nation’s enlisted photojournalists.