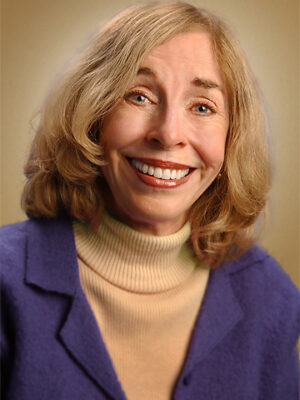 BETTY HOUCHIN WINFIELD, PhD, is a specialist in political communication and mass media history. She completed her doctoral studies at the University of Washington and has held post-doctoral fellowships at the Shorenstein Center for Press, Politics and Public Policy at Harvard University (1991) and the Gannett Center for Media and Politics at Columbia University (1988-1989).

Among Winfield’s four books are Journalism, 1908: Birth of a Profession (University of Missouri Press, 2008) and the award-winning FDR and the News Media (University of Illinois Press, 1990, and Columbia University Press, 1994). Her other publications include two monographs, 12 book chapters, and more than 80 encyclopedia and journal articles. Winfield has given numerous scholarly lectures and competitive papers on mass media history and White House communication. Among them are analyses of the free expression conflicts with the Commander-in-Chief role of the President, the models of attorneys general during wartime, and first lady relationships with the public and the media. Her current vein of research involves how journalists use history in their stories.

Winfield’s awards have been national and local. In 2008, Winfield received the 24th annual Covert Award in Mass Communication History along with Janice Hume, BJ ’81, MA ’95, PhD ’97, for their article, “The Continuous Past: Historical Referents in Nineteenth-Century American Journalism,” which was published in Journalism & Communication Monographs in 2007. The award, sponsored by the Association for Education in Journalism and Mass Communication (AEJMC), is given to the best history article or chapter published in the field of mass communication during the previous year, and the two winners were among 11 nominations. Also in 2008 Winfield received the American Journalism Historians Association’s inaugural teaching excellence award. In 2003 Winfield was honored as the first journalism professor to receive a system-wide University of Missouri Curators’ Professorship, which she will hold for the rest of her career at MU. In 2002 she received the MU Faculty-Alumni Award. The University of Missouri awarded Winfield its prestigious Thomas Jefferson Award in 1998 for an “academic career embodying the Jeffersonian principles and ideals in scholarship and teaching.”