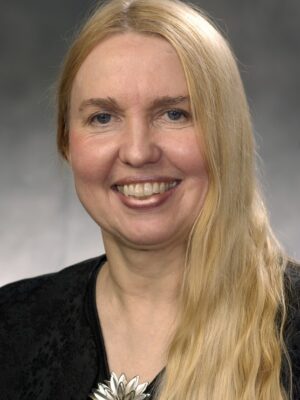 SANDRA DAVIDSON received her J.D. from the University of Missouri-Columbia, where she was a member of Law Review and graduated Order of the Coif. She received her doctorate in philosophy from the University of Connecticut-Storrs. Davidson is a member of the honor societies of Phi Kappa Phi and Phi Beta Kappa. She is the attorney for the Columbia Missourian, the Web-first community newspaper produced by the School of Journalism. Davidson has been active in the Association for Education in Journalism and Mass Communication, previously serving as chair of the Law division.

Davidson has received many honors for her teaching and research, including:

Davidson has been a panelist for the Information Policy Taskforce of the National Conference of State Legislatures, Investigative Reporters and Editors, the Associated Press Managing Editors, the Society of Newspaper Designers, the National Association of Science Writers, the Inland Press Association, the Oklahoma Association of Broadcasters, the Dallas Bar, the Kansas Bar, the St. Louis Chapter of the Society of Professional Journalists and the Texas Freedom of Information Coalition, among other groups.

Her writings include the following: “Blood Money: When Media Expose Others to Risk of Bodily Harm,” published in the winter 1997 edition of the Hastings Communications and Entertainment Law Journal, and “Statutory Language for a Model Statute for Access to Government Records,” published in the spring 2003 edition of the William & Mary Bill of Rights Journal. In 1999, Greenwood Publishing Company published the book, Bleep! Censoring Rock ‘n’ Rap Music, edited by Davidson and Betty Houchin Winfield.