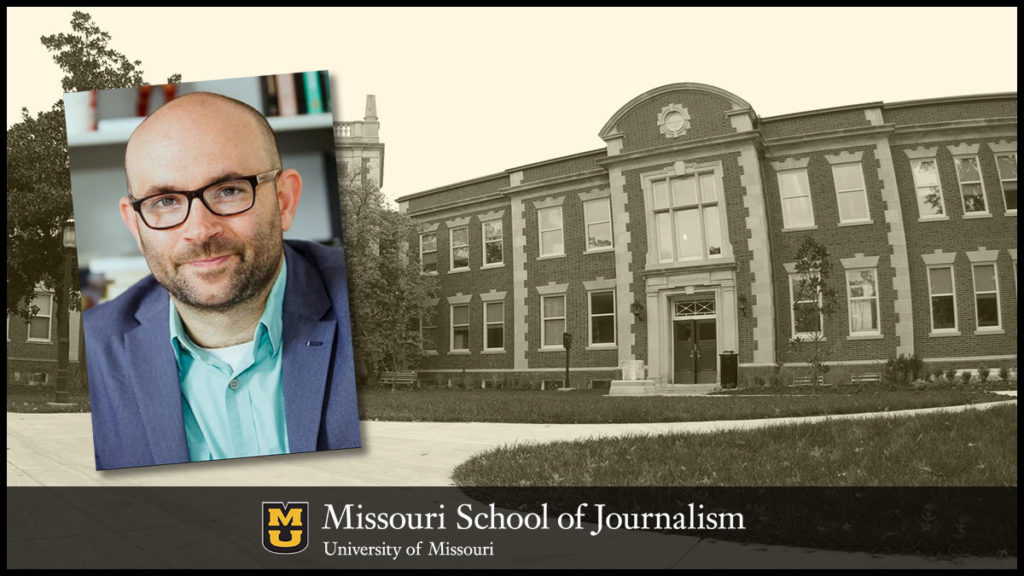 Columbia, Mo. (Sept. 18, 2019) — Missouri School of Journalism Assistant Professor Robert Greene is a 2019 recipient of the Chancellor’s Award for Outstanding Research and Creative Activity in the Performing Arts and the Humanities. The award provides a $1,000 stipend plus a $2,000 account for support of research.

Greene serves as the filmmaker-in-chief at the Jonathan B. Murray Center for Documentary Journalism at the Missouri School of Journalism and is an assistant professor of film studies in the College of Arts and Science. He teaches courses and works closely with students on their own films, all while he continues his own filmmaking work.

“It’s an amazing honor to receive this Chancellor’s Award. One of my favorite things about being at Mizzou is how integrated the creative work is with my teaching,” Greene said. “At the Murray Center, in the Missouri School of Journalism and in Film Studies, the classroom and the shooting location or editing room are all deeply linked. This award feels like a recognition of that deep connection between my filmmaking and teaching. I’m excited to apply the grant to a new film project – the first I’ll be co-directing with my partner Deanna Davis. This is really thrilling for us and just another reason to love this community.”

Greene’s critically-acclaimed films include the award-winning film Bisbee 17 (2018). Other movies include the 2016 Sundance Film Festival award-winning documentary Kate Plays Christine, the Gotham Awards-nominated Actress (2014), Fake It So Real (2011) and Kati With An I (2010).

As a producer and editor, Greene’s work is both diverse and prizewinning, ranging from the documentary Approaching the Elephant (2014) to the narrative features Listen Up Philip (2014) and Her Smell (2018).

Greene is a prolific writer on the subject of film, penning reviews and essays for outlets such as Sight and Sound and Filmmaker Magazine and programs an annual cinematic nonfiction competition at the Little Rock Film Festival.