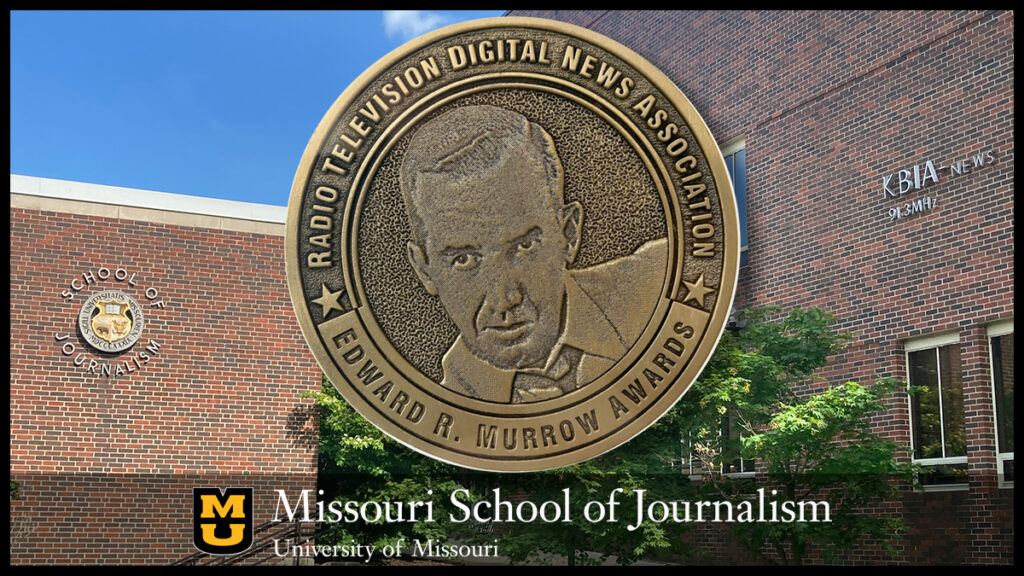 “The Murrow Awards are one of the most prestigious awards for broadcast journalists, so we’re thrilled to be honored with five regional awards this year,” said KBIA News Director Ryan Famuliner.

The NPR-member station competed in 14 categories against small-market radio stations in Iowa, Kansas, Missouri and Nebraska. Regional winners automatically advance to the national Edward R. Murrow Awards competition, which will be judged and announced this summer.

Staff and student work recognized with regional Murrows included “You Don’t Say,” a series that highlighted the historical experiences of Black residents in Columbia, and the podcast “The Obvious Question.”

“We’re especially proud of this podcast because it tries to fill the gap in media coverage, better educating people on what life with a disability is like,” said Famuliner.

“You Don’t Say,” which received an award in the new Excellence in Diversity, Equity, and Inclusion category, is a unique series for the station.

“It’s a project that pushed us outside of our comfort zone, because we truly partnered with the subjects of the pieces,” said Famuliner. “[We allowed] them agency in choosing which stories we highlighted and who we spoke to. … For us, this is hopefully just a first step in figuring out what it takes to produce that type of public service journalism.”

KBIA was also recognized for its website and a May 2020 story on a pork processing facility in St. Joseph, Missouri, that remained open in the early months of the coronavirus pandemic.

A complete list of the 2021 Regional Edward R. Murrow Awards winners can be found on the RTDNA website.