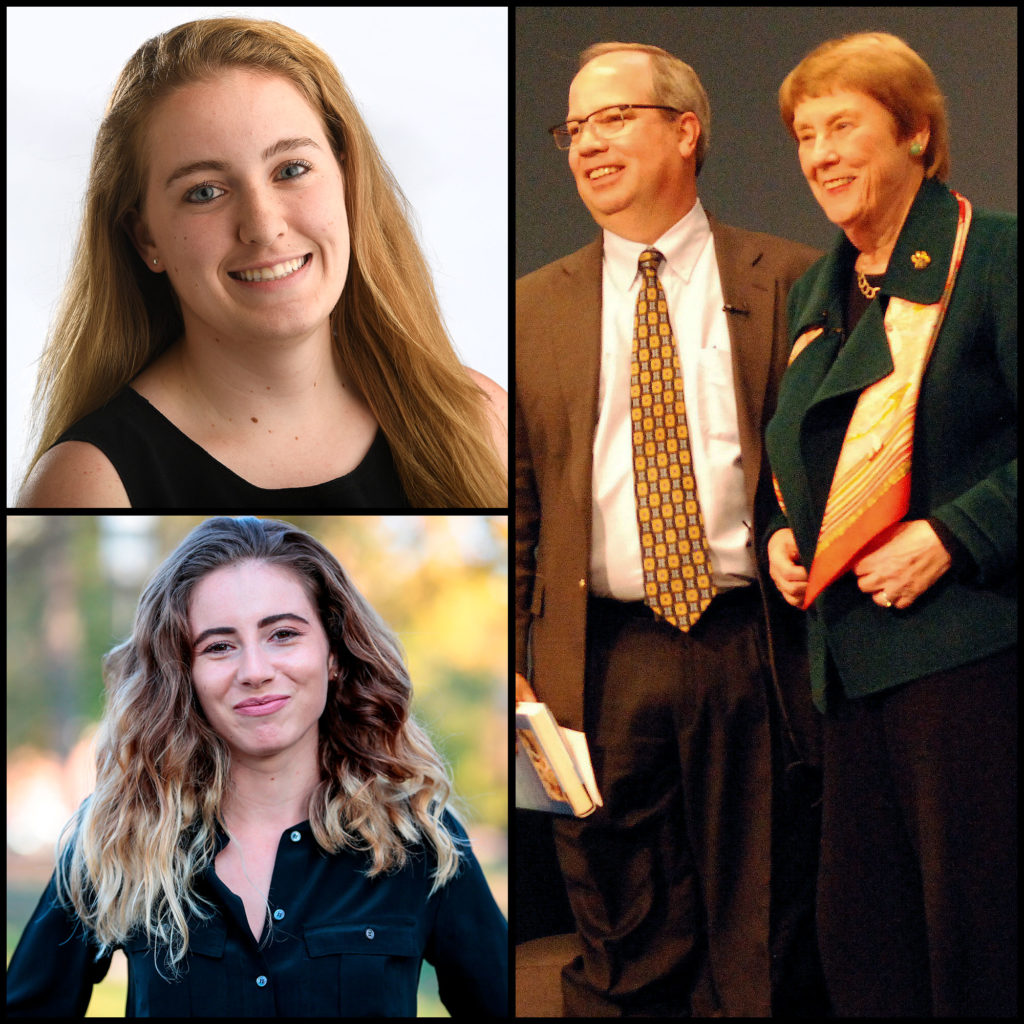 Master’s students Tracy Cook and Maria Valero are the 2016 recipients of the $2,500 Carol Loomis Scholarship for Business Reporting. At right, Randy Smith, the Donald W. Reynolds Endowed Chair in Business Journalism, stands with Carol Loomis, BJ ’51, at the 2013 announcement of the new award.

Master’s Students Tracy Cook and Maria Valero Will Each Receive a $2,500 Scholarship

Columbia, Mo. (Nov. 28, 2016) — Missouri School of Journalism master’s students Tracy Cook and Maria Valero are the 2016 recipients of the Carol Loomis Scholarship for Business Reporting. Each will receive a $2,500 award.

Cook, from Philadelphia, is focusing her graduate studies in data journalism. She is enrolled in the School’s five-year program, having earned dual bachelor degrees at the University of Missouri in print and digital news and economics.

Cook said she got a first taste of business journalism while working for The Philadelphia Inquirer. Her background in economics then helped her to understand, report and write about business topics the following summer during an internship at The Denver Post.

“She didn’t allow herself to be intimidated by the unknown and instead saw each story as an opportunity to learn about something new,” Cook said. “If an editor assigned her a story about a topic with which she was unfamiliar, she’s said that her first step was to learn as much about it as she could, before she even engaged in an interview. I admire that approach.”

“Business reporting combines the social aspect of a story and backs it up with intel, context, and the repercussions,” Valero said.

Loomis, BJ ’51, started the annual scholarship at MU in 2013 for graduate students interested in pursuing a career in business journalism in honor of her 60 years of work at Fortune magazine. Loomis retired as Fortune’s longest-tenured employee in 2014 as senior editor-at-large. She received the Missouri Honor Medal for Distinguished Service in Journalism in 1978.

Randy Smith, the Donald W. Reynolds Endowed Chair in Business Journalism, administers the scholarship and is the founder of Missouri Business Alert.