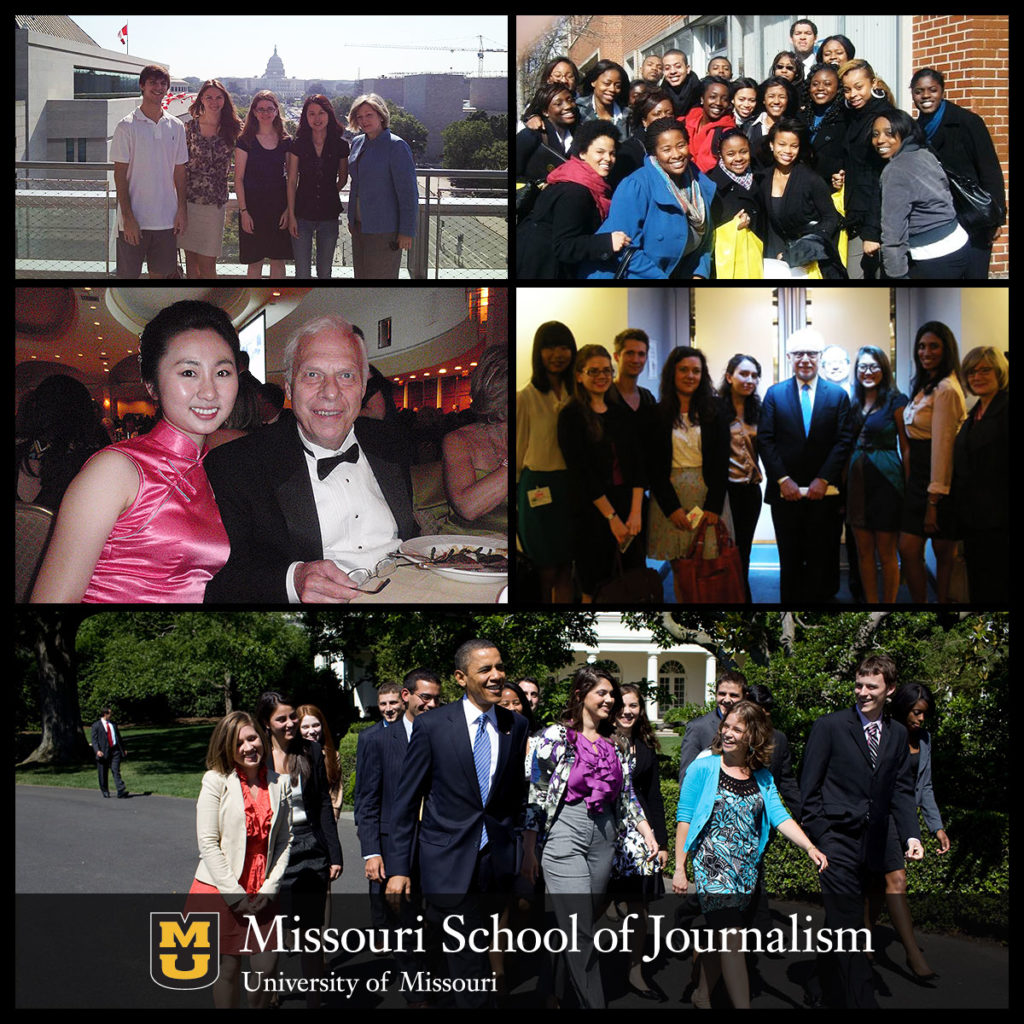 Boasting hundreds of alumni, the Missouri School of Journalism Washington, D.C. program has been giving graduate and undergraduate students hands-on experience contributing to the largest press corps in the country since 1968.

Columbia, Mo. (Dec. 4, 2018) — The Missouri School of Journalism will celebrate the 50th anniversary of its Washington, D.C. program on Dec 5. The celebration will take place at the National Press Building. The event is expected to be well attended by alumni of the program and media leaders.

The Washington, D.C. program, which was started in 1968 by Professor Emeritus Edmund Lambeth, provides students with an opportunity to practice reporting, public relations and advertising in the nation’s capital.

Fritz Cropp, associate dean of Global Programs, says it is important to celebrate the half-a-century of accomplishments.

“The Washington, D.C. program is an embodiment of the Missouri Method. It allows students to gain hands-on experience while contributing in the largest press corps in the country,” Cropp said. “We’re enthusiastic about celebrating five decades of serving our students and the industry.”

Professor Emeritus Steve Weinberg, who served as the second director of the program, says the program sets University of Missouri graduates apart from other young journalists.

“It really helps the brand of the J-School to have our students in these positions,” Weinberg said. “But it’s also great for our students to be able to get accustomed to what it is like being a journalist in Washington D.C. and help them build their confidence to keep up with the professionals.”

Lambeth and Weinberg were the first two leaders who guided students through the program. They were followed by Dean Roy Fisher (1983-1989), Associate Professor Emeritus Wes Pippert (1989-2012) and Professor and Curtis B. Hurley Chair in Public Affairs Reporting Barbara Cochran (2012-present).

As the program has made its mark on the D.C. media scene, Cochran says it will continue to be a staple to ensure students are well equipped for the professional world.

“Just as the School of Journalism has evolved with changes in the industry, the Washington, D.C. program has evolved, too,” Cochran said. “We’ll keep changing as the industry does. The future of the program couldn’t be brighter.”