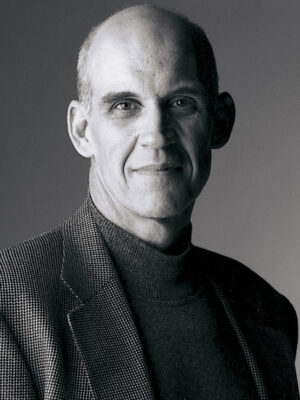 JOHN FENNELL has served as editor of Milwaukee Magazine, an award-winning monthly city magazine. The publication won some 160 awards during his 13-plus years tenure, including a nomination for the National Magazine Awards and two for the Gerald Loeb Award for Business and Financial Journalism. Fennell is the author a book about the life of Harry V. Quadracci, the late founder of Quad/Graphics, the third largest printer in North America. Fennell is a former newspaper reporter who worked as assistant to the Pulitzer Prize-winning columnist Mike Royko. He was also editor of the international design journal, Step-By-Step Graphics.

In 2014, Fennell received the RR Donnelley Lifetime Achievement Award from the City and Regional Magazine Association. The Association’s top honor recognizes individuals who have made a significant contribution to the magazine publishing industry.