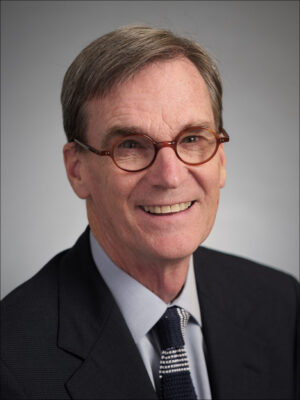 BERKLEY HUDSON grew up on stories in Mississippi where his daddy ran the Main Street Service Station: “Don’t Cuss. Call Russ.” Three restrooms – Ladies, Gentlemen, Colored. His mother’s family-operated Sanitary Laundry and Dry Cleaners: “When clothes are dirty, dial 630.” His family, their friends, and his Sunday School teachers could not provide him with adequate explanations for the racial segregation of his boyhood. But Mississippi’s writers and journalists did. And that inspired Hudson to become a journalist.

Hudson, who worked for 25 years a magazine and newspaper writer and editor, has taught in the magazine and journalism studies areas. His former students, some of whom have won Pulitzer Prizes, work for media throughout the world. In 2015, Hudson was selected for the William T. Kemper Fellowship for Teaching Excellence. In 2017, he was given the UM System President’s Award for Service for his work as chair of the campus wide Race Relations Committee. He documented that effort in a TIME magazine essay. Media outlets such as The New York Times, USA Today, the Chronicle of Higher Education, Kansas City Star, St. Louis Post-Dispatch, TeenVogue, and CBS Sports quoted him as did, among others, Fox News and Spike Lee’s ESPN documentary, “2 Fists Up: We Gon Be Alright.”

His research interests center on American media history, visual studies, interviewing, media representation of racial conflict and narrative journalism. His dissertation focused on the “photobiography” of a Mississippi town in the early and mid-twentieth century, illuminating issues of identity, culture and history.

Since 2006, he has had a permanent research appointment as a special curator of the Pruitt-Shanks Collection at the Library of the University of North Carolina at Chapel Hill. The National Endowment for Humanities in 2013 awarded him a $40,000 planning grant and in 2019 a $150,000 implementation grant to create a traveling exhibition and related symposia based on the historical Pruitt photographs. Reflecting a range of everyday graces as well as racial violence in the early twentieth century, these images depict family picnics, river baptisms, studio portraits along with natural disasters, public executions and the lynching of two African American farmers.

For four years from 2011 to 2015, Hudson served as editor-in-chief of Visual Communication Quarterly, an international, peer-reviewed journal published by the Association for Education in Journalism and Mass Communication (AEJMC) in partnership with Taylor and Francis.

He also has served as a judge for the National Magazine Awards, the Alliance of Area Business Publishers and the City and Regional Magazines Association.

For the Missouri School of Journalism, Hudson has taught twice in China and once led a three-month summer study abroad for undergraduates in London, England.

Under the direction of former Neutrogena CEO Lloyd E. Cotsen, Hudson served as director of The Storytelling Project of the Cotsen Children’s Library of Los Angeles and affiliated with Princeton University. This archival and documentary project resulted in 200 hours of digital video recordings of interviews and performances by more than 75 storytellers from cultures across the United States, including ones in Hawaii, the Navajo Reservation, and Georgia’s Sea Islands.