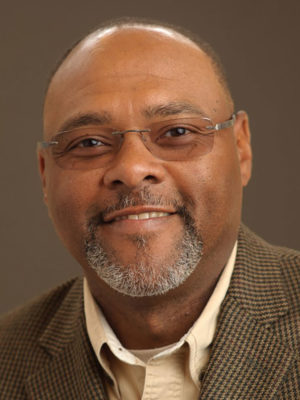 Dr. EARNEST L. PERRY is the Associate Dean of Graduate Studies and Research at the Missouri School of Journalism. He served as coordinator of the School’s doctoral teaching program for six years and as chair of journalism studies from 2005-2011 and again during the 2013-14 academic year.

Dr. Perry is the lead instructor for the Missouri School of Journalism’s Cross Cultural Journalism course. He also teaches journalism history at the undergraduate and graduate level. His research interests center on African-American press history, specifically the Black Press during the first half of the 20th Century. He has published articles on history and media management in several journals including American Journalism, Journalism History and Journalism and Mass Communication Quarterly.

Dr. Perry has also done research, specifically on the media’s role in serving underrepresented groups and the lack of ethnic minority journalists in the mainstream media. He worked for nearly ten years as a journalist for newspapers in Illinois, Connecticut and Texas. Dr. Perry has also served as a consultant to universities and news outlets on issues related to diversity and inclusion.